With their characteristic narrow body and short string length (length from nut to bridge, also called scale length), Parlor guitars are about 4 cm shorter than the modern standard of 65 cm. The Parlor guitar was introduced in the US around 1870. Parlor means lounge. They owe their narrow body to the fact that they were originally built for women. These women then played on a Parlor in the lounge or salon to entertain their guests. Naturally, these were the wealthier American families in their spacious villas.

Parlor guitars from the 19th century were strung with gut strings. At the beginning of the 20th century, these were replaced by steel strings and the steel-string Parlor as a standard guitar was born. Because steel strings have a heavier pulling force than gut strings, the X-bracing was invented. The braces cross under the top, just below the sound hole, forming an X. X-bracing brings more stability to the top and produces a more balanced sound. 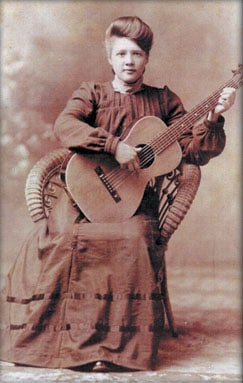 The steel-string Parlor clearly had much more volume and expression than the classical guitars and became the preferred delta blues guitar of the pre-WWII years. Iconic blues musician Robert Lee Johnson (1911-1938), like most of his contemporaries, played a Parlor.

This lasted until 1931, when Martin introduced the much larger Dreadnought and, although musicians like Bob Dylan and Joan Baez still played a Parlor in the 1960s, the popularity of the “parlor” guitar gradually declined.

Nowadays there is a growing interest in the Parlor guitars. The Parlor is back. In the first place because it is more pleasant to hold. The Parlor gives more space and rest to your right arm and due to the lower scale length, the left arm does not have to reach as far (off course with right-handed guitarists). This applies to both women and men. At the same time, the Parlor has an incredibly rich sound despite its small body and all nuances come out very well. Where a Dreadnought puts a lot of emphasis on lows and mids, with the Parlor you will find a more balanced balance between lows, mids and highs. 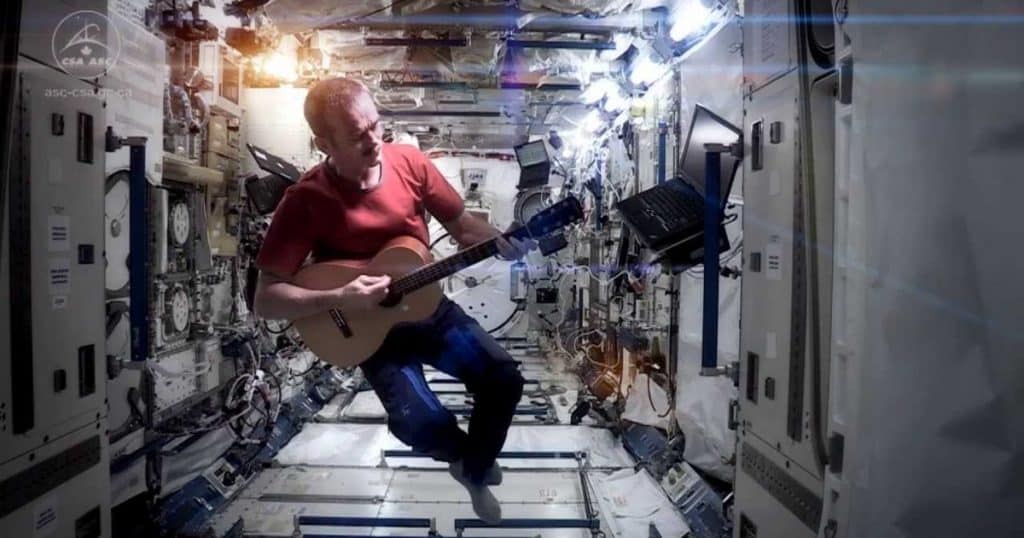 Finally, due to its smaller size, the Parlor is extremely suitable as a travel guitar. It can easily be carried in an airplane cabin and also fits better in many car trunks. And yes, the Parlor has even been in space. In 2013, Canadian astronaut Chris Hadfield played David Bowie’s Space Oddity from International Space Station ISS on a Parlor.

Homestead, of course, could not lag behind this development and introduced its own Parlor. You can try this Parlor in our studio in Heemstede or purchase it in our webshop.

If the price of a Homestead Parlor exceeds your budget or if you are only looking for a handy travel guitar, we can recommend a Javatar Parlor.