No matter how far Joost Dijkema travels with his guitar. Rolde stays close. His new guitar is an ode to his childhood in the village.

‘JD’ adorns the head of his guitar in graceful letters. But under the initials of musician Joost Dijkema (29) are a few notable symbols. The mill of Rolde is depicted in mother-of-pearl, with seven dolmens on the fretboard below.

Dijkema in the row Vrienten, De Groot and Kooijmans

Wood from Indonesia and North America, the round finish so that the guitar-body does not stick in his arm while playing, the smell, the colour and the most important: the sounds. Everything is right according to the brand new owner.

“You have high expectations beforehand, but when I first owned it, it surpassed all expectations. It’s really amazing. The sound is an emotional question, but it’s so pure everywhere, you can hear all strings very clearly”, Dijkema praises his personalized Homestead guitar.

Owner of Homestead, Robin van de Poll had seen me at a performance and said that he wanted to build a guitar for me. They also made guitars for Henny Vrienten, Boudewijn de Groot and George Kooijmans. I was free to decide how the guitar would look and what kind of frills I wanted.

Tribute to youth in Rolde

The frills thus became the mill of Rolde and dolmens. “I grew up next to that mill”, Dijkema explains. Meanwhile, the ‘composer-singer’ has been living in Groningen for ten years.

“I see my youth as a separate part of my life, another chapter. And with this guitar, I take that along as a tribute to the time in Rolde. I had a good childhood there, my parents always said ‘make music, make music’ and I started doing that. My brother has released my first album. ”

‘Dolmens have something mysterious’

Although the images are not specifically based on dolmens at Rolde, Dijkema calls his new guitar D17-D18 after the names of the dolmens in the village. “Dolmens have something mysterious and life is also mysterious. You do not know what will happen. ”

He still looks for the prehistoric burial chambers when he comes to empty his head in the nature of Drenthe. “Then I take the bike and when I get to a dolmen, I stop for a moment. When I was young, the dolmens were so obvious. Now that I have lived in Groningen for ten years, it seems that I value it more. Standing still is sometimes equally important. The dolmen is an image that makes me not forget who I am, I have been formed in Rolde to who I am. ”

‘The next guitar has to be a pre-war’

With his new guitar, Dijkema goes into the studio to work on his new album Time Thief. “I’m going to record two songs with this guitar. In addition, I go to Italy with this guitar to tour with a friend there. We play country classics that have not become classics. Hidden Gems. “After that, he will perform in the Netherlands again, including in Valthermond, Echten and Emmen.” Dijkema is looking further ahead. “This is my eighth guitar, but certainly not my last. The next one must be a pre-war, one that has really lived. ”

Born and raised in Southwest Drenthe and now a reporter in that area. Specific attention for everything that plays in the De Wolden municipality. Tips: roy.schutte@ndcmediagroep.nl or @RoyRSchutte 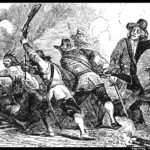 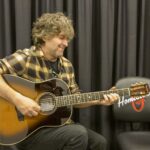