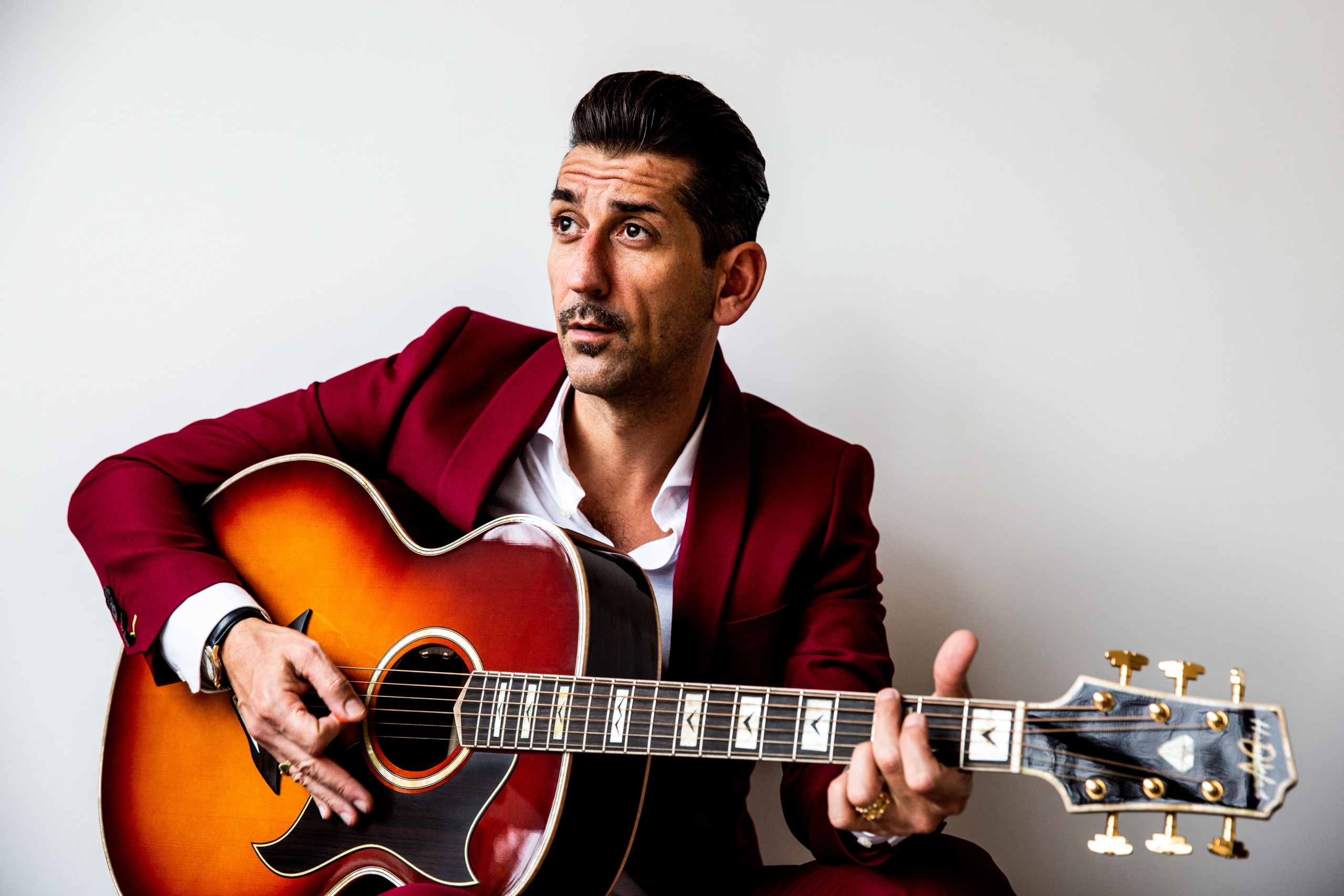 In 1999 he formed his first band, Till Dawn, with which he won the Zeeuwse Belofte (Grand Prix of the Netherlands) in 2000. During that period, Vera was also one of the very first batch of students at the Rock Academy in Tilburg, just like classmates Jacqueline Govaert and Floor Jansen. Various shows throughout the Netherlands followed with Till Dawn. In 2002 Vera got a solo contract with Universal Music.
In 2003 his first album, For the Light in Your Eyes, was released. The single “My Confession” (2003) took first place in the Turkish hit parade. Due to disappointing results from the album, Universal Music dropped out in 2004. Vera continued to write songs, working independently on a new album, Hold on a While, which was released in 2005. Hershel Yatovitz, Chris Isaak’s guitarist, also contributed to this album, who recorded a track and produced several. The album also contained a duet with Nancy Casteele, which was later performed with singer Maud Mulder.
He recorded his third album, Ordinary Man, in his own studio, with the cooperation of Tren van Enckevort (accordionist of Rowwen Hèze), Leona Philippo and Hans Dagelet, among others. The songs “1000 Miles”, “El Veracone” and “Hold on a While” were used in the Dutch cinema film Kapitein Rob en het secret van Professor Lupardi, starring Katja Schuurman and Thijs Römer, among others. Vera can also be seen as herself in this film.
In April 2009, Vera headed to Hilltop Studios in Nashville, Tennessee to record his fourth album, Pink Flamingo. There he worked with session musicians from Garth Brooks and Toto, among others, on a sound that is recognizable from major American productions. The recording process was recorded and made into a documentary that was included on DVD. The film features a role for football journalist and music lover Johan Derksen. Thanks to him, Vera and his band form the permanent house band in the well-known football talk show Voetbal Inside, Veronica Inside since August 10, 2018. Vera was also seen during the special EC/WK broadcasts (VI Oranje) that were made in 2010, 2012 and 2014. Vera played, among other things, his self-written song “Orange Glow”. From 2011 to 2014, Vera was also the house band of the daily Tour du Jour on the same channel, the song “Tomorrow will be mine” was the daily opening. In 2017, the number was used again in the opening and closing of the cycling program. The song spent one week in the Mega Top 50 at No. 39; in the Single Top 100, it spent four weeks in the list and took 20th place.
Danny Vera also wrote (and sang in) the lyrics for the single “Headin’ for the City” in 2009, which was then used in the Royal Club commercial with the garden gnome. The song was in the top 100 for seven weeks and number 10 in the iTunes top 100 for one week.
Vera is married in his hometown to model and actress Escha Tanihatu, (Vlissingen, July 23, 1984) also known as the hostess of VI.
On May 1, 2013 it was announced that Danny Vera and his band switched to production company Excelsior. In July 2013 he recorded his album ‘Distant Rumble’ in SSE Noord, the studio of Frans Hagenaars. James Burton contributed to this album, guitarists with Elvis Presley, Gram Parsons, The Everly Brothers, Emmylou Harris, John Denver, Johnny Cash and Jerry Lee Lewis, among others.
On November 19, 2014, Vera was named the best dressed man in the Netherlands by men’s magazine Esquire.
In 2019, the song “Roller Coaster” from his album “Pressure makes Diamonds Part II” hit the charts. In the Single Top 100 he scored his fifth hit with this song. After a hesitant start, the song grew into a big hit. Only in the 38th week did it rise to its highest ranking: 8th place. In the Top 40, it was listed for 27 weeks without reaching the top 20. At the end of 2019, it proved very successful in all-time lists such as Radio 5’s Evergreen Top 1000 (No. 16) and Radio 10’s Top 4000 (No. 8). In the Top 2000 of NPO Radio 2 it was the highest new entry ever at place 4.