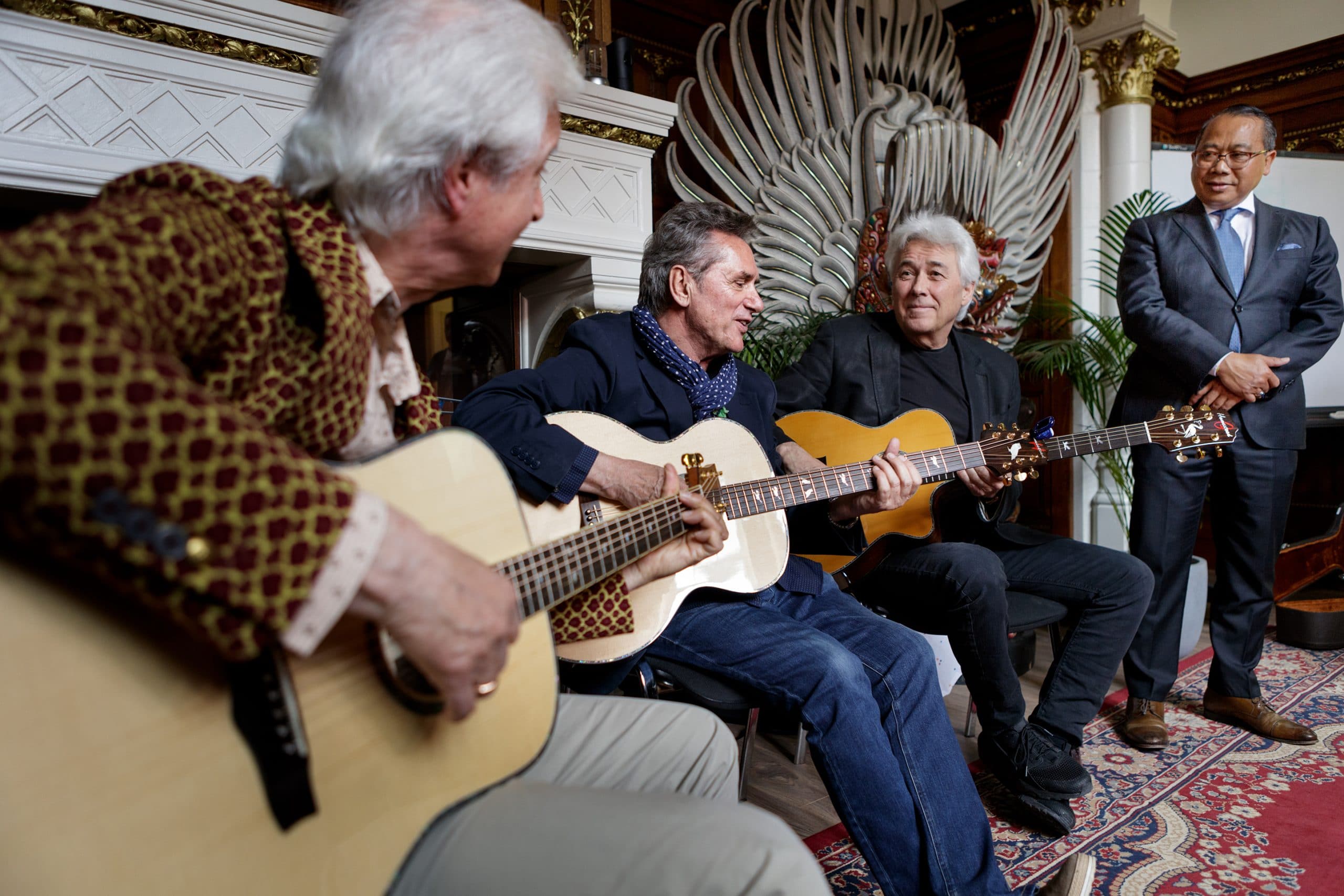 George Kooymans was the guitarist and co-founder of Golden Earring, the longest-lived and most successful rock group the Netherlands ever produced. Kooymans co-founded in the early sixties the band the Golden Earrings. In 1965, having adopted a British beat style, they became the first Dutch rock group to record a full-length album, Just Earrings, and landed their first hit in their home country, the Top Ten “Please Go”. Three years later, they scored their first Dutch number one with “Dong-Dong-Di-Ki-Di-Gi-Dong,” and followed it with another chart-topper, the Kooymans-penned epic “Just a Little Bit of Peace in My Heart.” In 1970, Kooymans branched out into songwriting for other groups, penning Earth & Fire’s Dutch hit “Seasons.” Meanwhile, his main band shortened its name to Golden Earring and set about revamping its sound to keep up with the times, eventually settling on a straightforward, hard-rocking brand of AOR. Kooymans (like lead singer Barry Hay) made a brief detour into solo recording in 1971, cutting an album called Jojo that was released on Polydor.

Hay and Kooymans co-wrote much of Golden Earring’s material, including the international smash “Radar Love,” which broke them in America in 1974 and remains an album rock radio staple. They returned to international prominence in 1982 with the album Cut and the U.S. Top Ten hit “Twilight Zone,” a Kooymans composition that had actually been planned as a solo release at first. Golden Earring returned to a major label in 1990 and recorded a string of successful albums and singles that lasted right up into the new millennium.

In 1995, Kooymans and Hay discovered female rock singer Anouk, and wrote material for her 1997 debut album, Together Alone, which made her a star in the Netherlands. Golden Earring celebrated their 40th anniversary in 2001, and Kooymans reached the Dutch charts in 2010 with On Location, recorded as part of a duo with American singer Frank Carillo.

In 2016 Kooymans formed the supergroup ‘Vreemde Kostgangers’ (Awkward Lodgers) with ‘Doe Maar’ front man and producer Henny Vrienten and singer-songwriter Boudewijn de Groot. In between tours they released an album early 2017; a third tour is scheduled for 2018.

On February 5, 2021, it was announced that George Kooymans suffers from the progressive nerve disease ALS. Unfortunately performing was no longer possible for him.

Sample of the Blue Pigeon 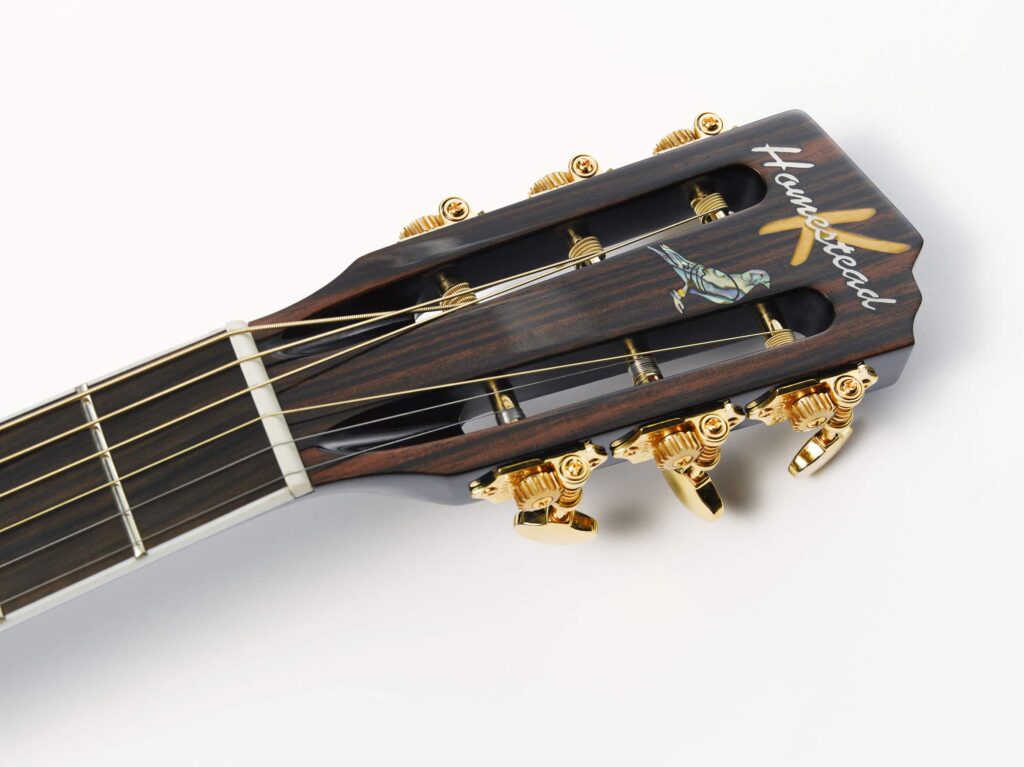 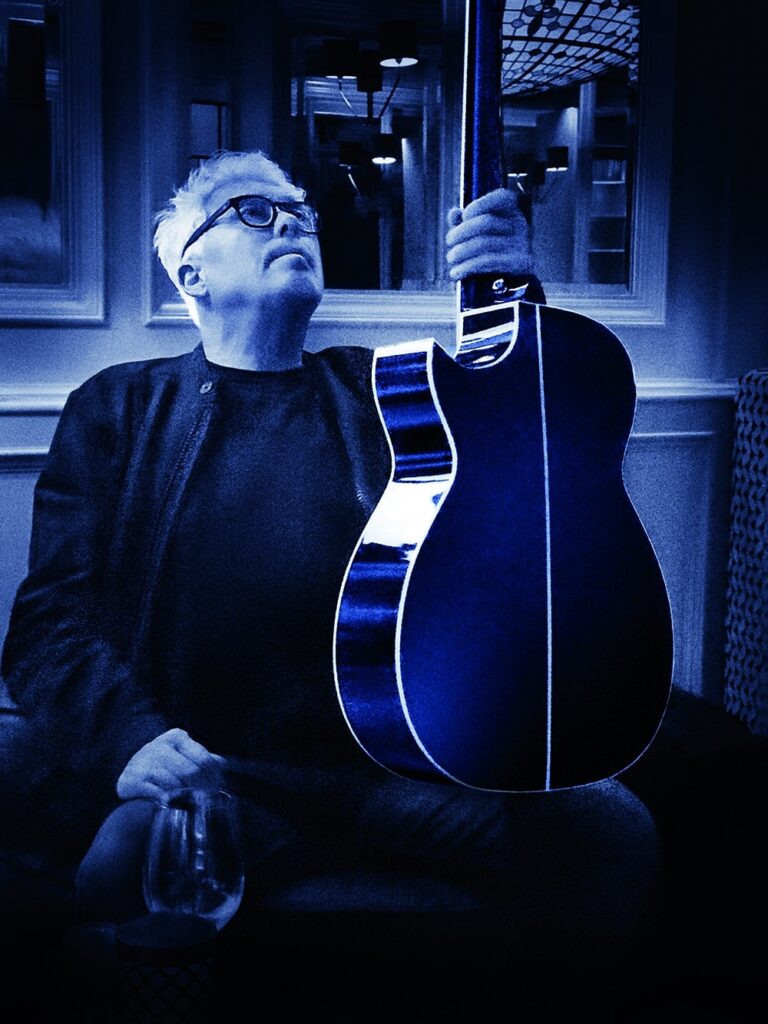