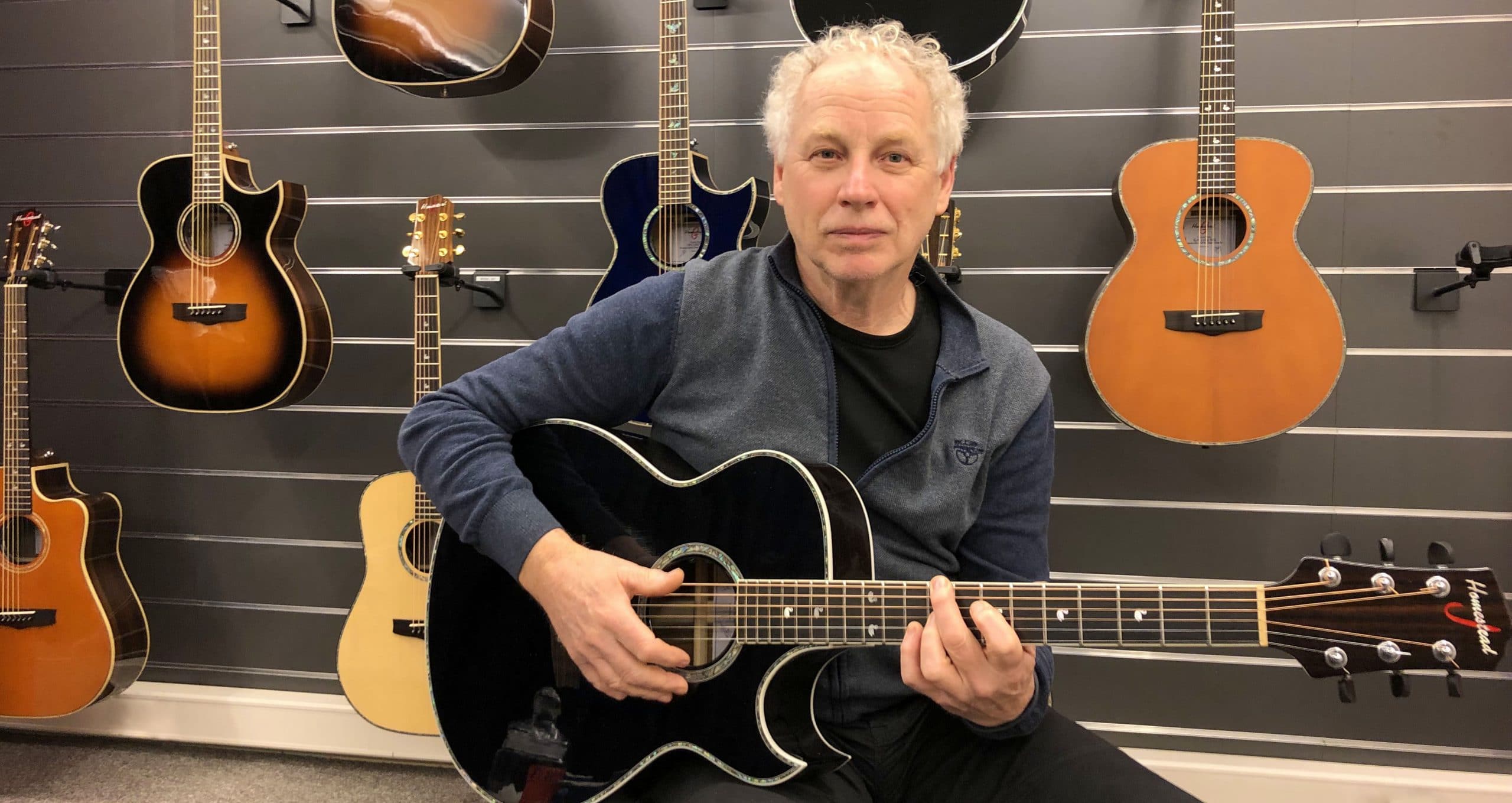 Jan Hendriks started playing the guitar at the age of ten. Apart from a few lessons from his neighbor, he taught himself how to play. Jan then played in various bands that were especially popular in Brabant.
In 1978 Ernst Jansz and Piet Dekker founded the band Doe Maar. When looking for a guitarist, they end up with Jan Hendriks. In 1981 the single 32 Jaar was released and in 1982 the big breakthrough came with the singles Doris Day and De Bom. Doe Maar grew into a real craze.
At the same time, Jan Hendriks also played in the band De Orde, together with Ernst Jansz, René van Collem, Joost Belinfante and Bram Vermeulen. In 1983 they released the album De Vestigde Orde. It would remain their only record. Meanwhile, Hendriks continues to score hits with Doe Maar. The attention the band gets causes the band to decide to stop. Doe Maar was terminated on February 22, 1984. In the same year, the solo album Geen Ballade by Henny Vrienten is released, on which Jan Hendriks played as a guest musician.
After the breakup of Doe Maar, Hendriks continued to work closely with Ernst Jansz. They played together in the band Midnight Hour in which they play soul music, the kind of music they both love. He also wrote the music for the TV series Switch together with Ernst Jansz.
From 1992, Hendriks formed the trio Rienne Va Plus together with Ernst Jansz and Rieany Janssen. They played songs from the twenties and thirties.
In 1994 Hendriks was a guest musician on Philip Kroonenberg’s album Natural Causes and he also performed with him. In 1996 Hendriks plays on the album Een Nieuwe Autumn (the first album since 12 years) by Boudewijn de Groot. Hendriks also goes on tour with De Groot.
In 1999 Hendriks started working again with Ernst Jansz. He produced his solo album The other side. On November 8 of that year, Doe Maar announced that a new album would be released and that a number of reunion concerts (in Ahoy) would be held. Judging by the 15 performances that would follow, the band was still immensely popular.
Since 2001, Hendriks regularly performs in the theater with Boudewijn de Groot. Jan Hendriks also played again on De Groot’s album Eiland in de Verte, which was released in 2004.
Hendriks is also part of the group CCC Inc.. Later Henny Vrienten released new records with many family members in the band and also Jan Hendriks as lead guitarist.
Jan Hendriks still performs regularly with Doe Maar (reunion concerts), CCC Inc. and Rienne Va Plus.